The NovoMotion Schema Editor contains a Tools dropdown that can be used to generate a SQL table creation script. This is useful when the user is entering a schema that will be used for a new SQL table. 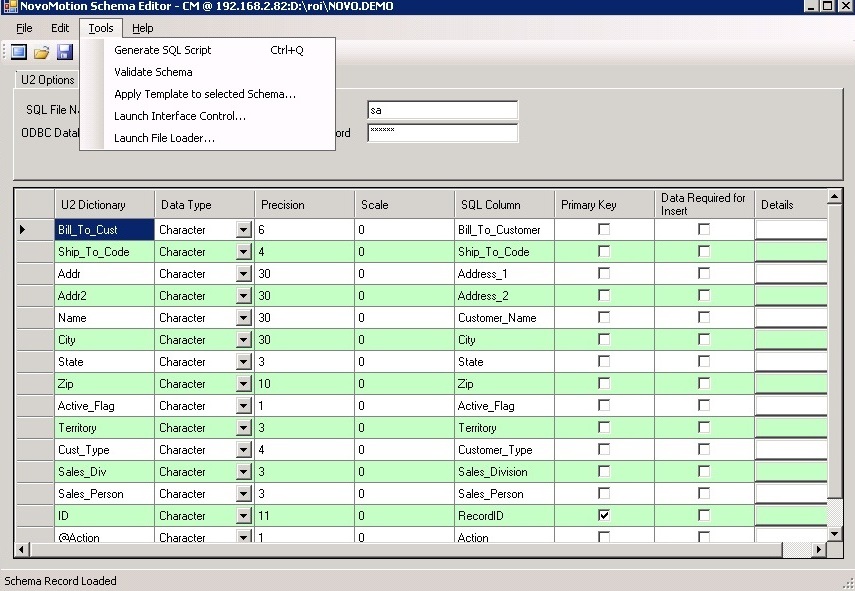 Once the user chooses this option, a SQL table script is generated. The clipboard is then used to move the data to the SQL Server and standard SQL utilities are used to generate the SQL table. 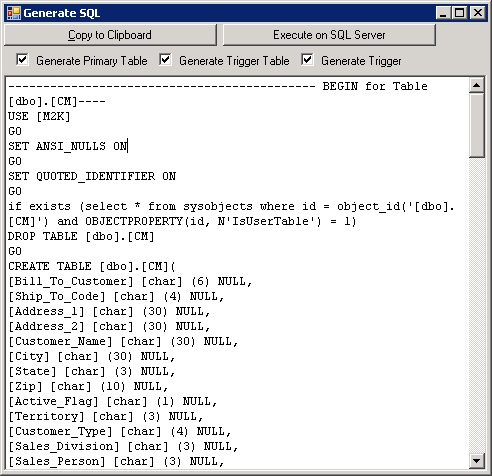 The Generate SQL Script is used when one wants to generate script to create the SQL table to avoid the necessity of creating the SQL table by hand. This is often used multiple times during the development of new schema to perfect the information between U2 and SQL. The SQL script can be pasted into SQL Management Studio and executed. It will drop any existing SQL table of the name defined in the schema and re-create it with the columns defined in the schema. It does this for both the base SQL table and - if an @ACTION row exists - for the parallel SQL trigger table.